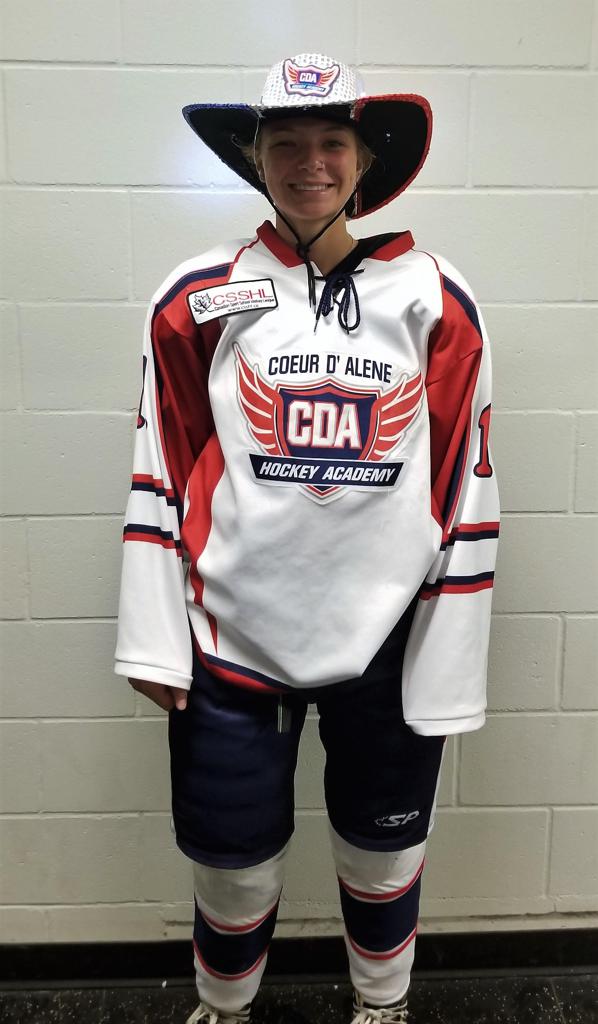 December Students of the Month Recognized

December's Students of the Month were announced today with 3 exceptional young men being named.

Lance Insko (U18 Prep), Donavin Bedard (U17 Prep) and Gabe Malcuit (16U Prep) were all selected by the CDA faculty for their scholastic achievements.

Teacher, Ken Johnson had this to say about this month's CDA selections:

Lance Insko: "At the risk of being a bit vague, Lance Insko “gets it“. He does what needs to be done, and he takes the time to do things well. He doesn’t make excuses, he just works and produces in the classroom. He’s a smart kid with a work ethic that will take him far in life."

Donavin Bedard:  "You will not find, ANYWHERE, a harder worker than Donavin Bedard, period. His drive to succeed in the classroom is unmatched. But, the thing that makes Donovin special is that, with the incredible drive, he mixes in being a very decent and pleasant human being. The combination is incredibly powerful."

Gabe Malcuit:  "Gabe Malcuit is a rock-solid human being. He is good to all those around him, he is never a problem in class and he does his work. Bottom line:  Gabe makes CDA hockey Academy, a better place to be."

Students of the Month Announced for November

November's Students of the Month were announced Monday with 3 exceptional young men being named. Teacher, Ken Johnson had this to say about this month's CDA selections:

Cam Soenen is a rock-solid student and person.  His work is done on time, every time and it is done well.  Cam "gets it".  Though that sounds a bit vague, it covers the way he approaches his work and how he carries himself.  He is hardworking, a good thinker and dependable.

If the teachers at The Academy could pick a student to be cloned, the odds would be good that it would be Kaiden Jackson.  He is a perceptive, intelligent and diligent young man.  Kaiden is utterly responsible... he never requires a second look or a reminder fulfill any responsibility that might come his way.  He is a pleasure to have in class. 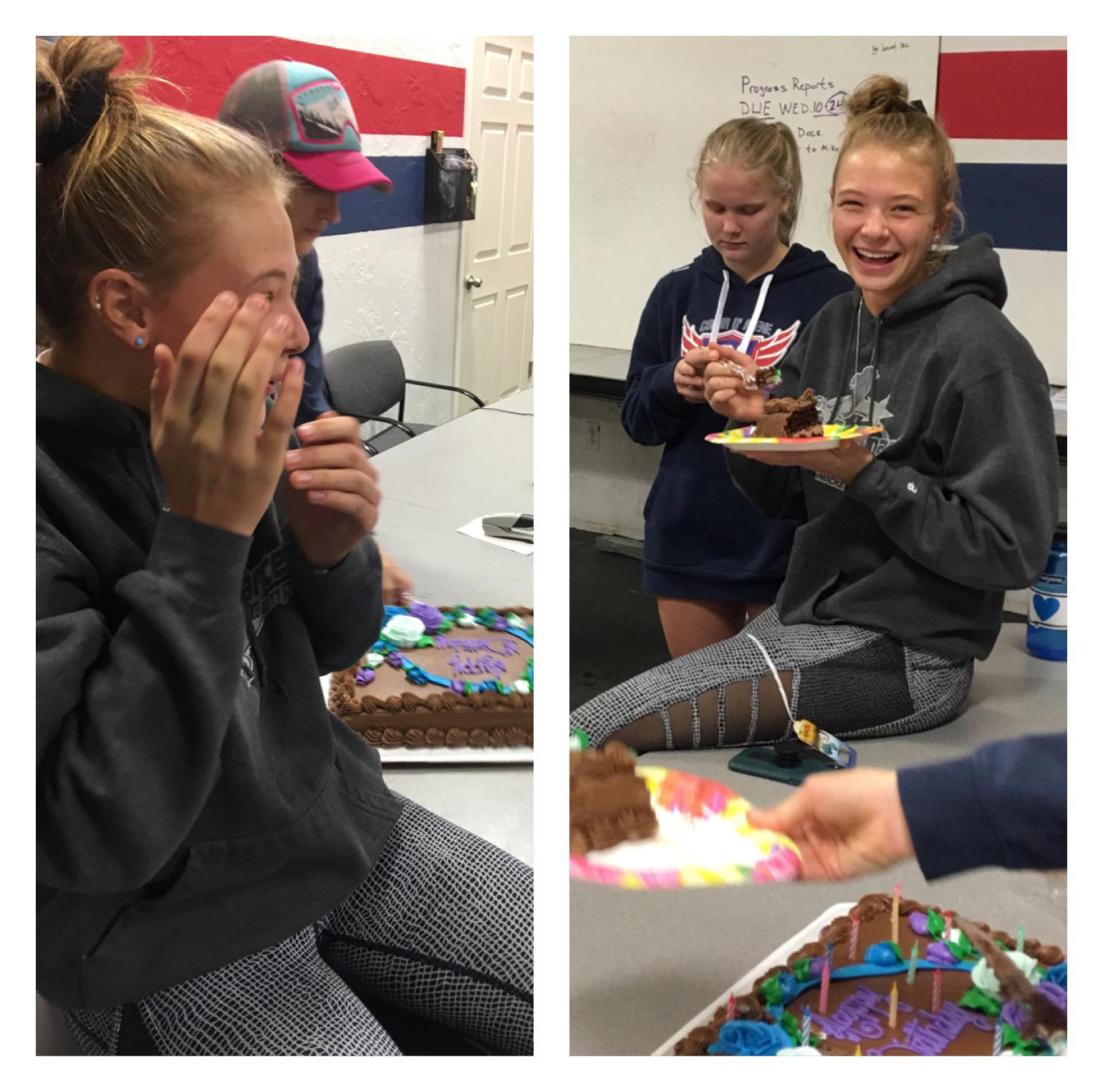 Happy bday to our 3-year veteran for the ladie's varsity team, Stokli Ashcraft! 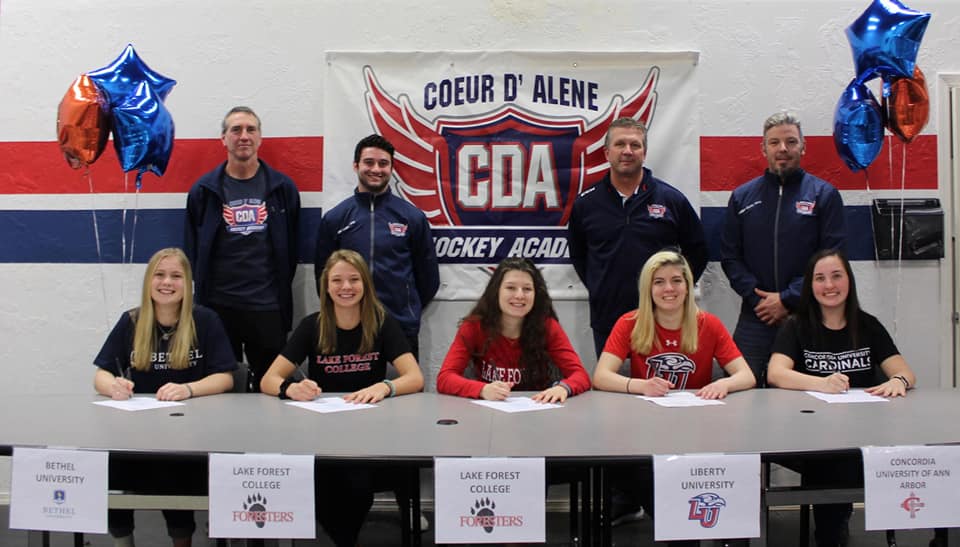 Signing day for our College Bound Varsity Senior Girls! We want to congratulate Lara Trulove (Bethel University), Stokli Ashcraft (Lake Forest College), Karya Dean (Lake Forest College), Kayla Savoie- Penton (Liberty University), and Isabel Hootselle (Concordia University Of Ann Arbor) for working so hard to achieve what they came to Coeur d'Alene Hockey Academy to do! Big thanks to the parents and coaching staff in helping get these student athletes to the next level! 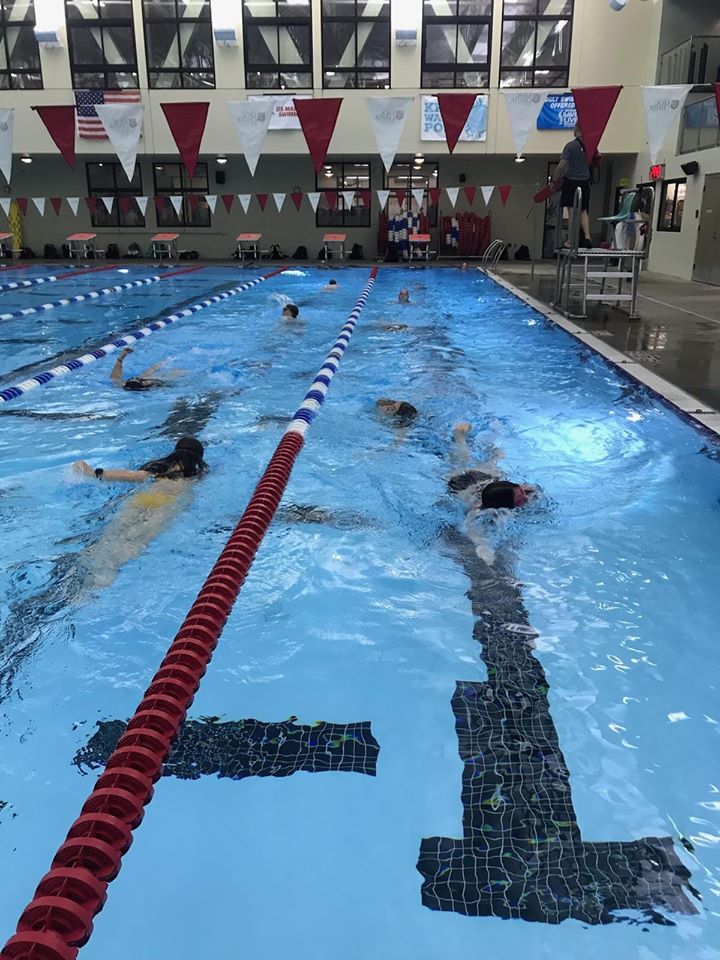 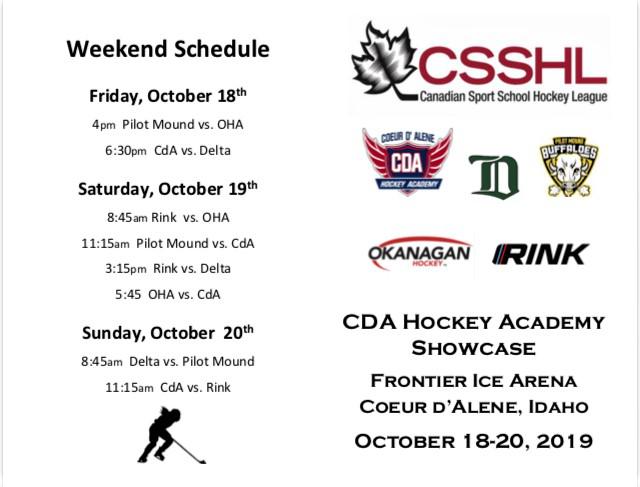